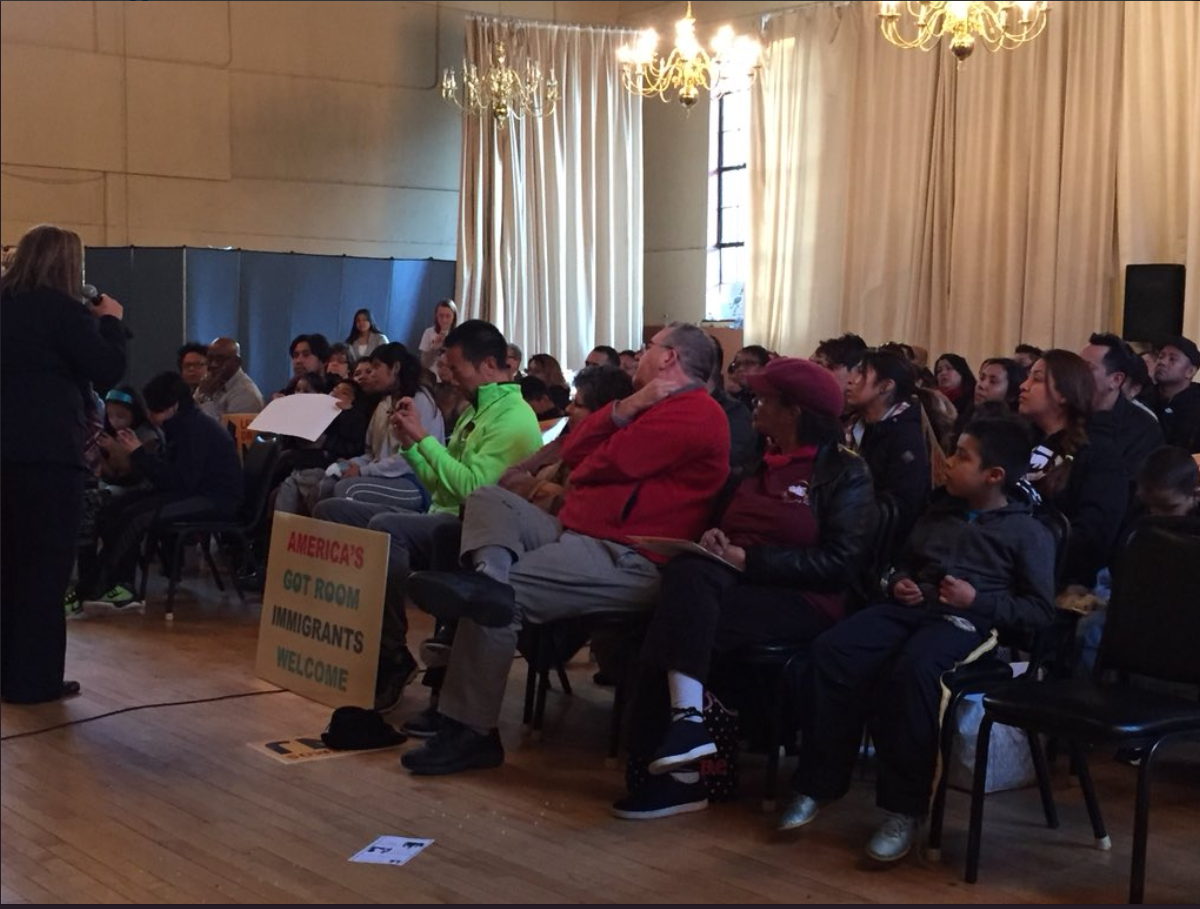 More than one hundred local residents were joined by community leaders and elected officials, including Senator Nilsa Cruz-Perez and Assemblywoman Patricia Egan Jones, at a rally for the expansion of access to driver’s licenses to more New Jersey residents. During the rally, speakers addressed the statewide benefits of allowing more drivers to be tested and trained for a state specific driver’s license, and shared personal stories about the need to access a driver’s license in the Garden State.

“If you're driving in New Jersey, you should have a license. It's a matter of safety and of fairness. We want to make sure everyone on the roads has the right paperwork and right safeguards. This is the best thing to do for all of our residents,” said Senator Nilsa Cruz-Perez.

“Ensuring that everyone on the road is insured and properly licensed is the simplest and most effective way of making our roads safer for all New Jerseyans,” said Assemblywoman Patricia Egan Jones, “I am proud to have supported this measure last year which brings just a little peace of mind to many struggling New Jersey families. 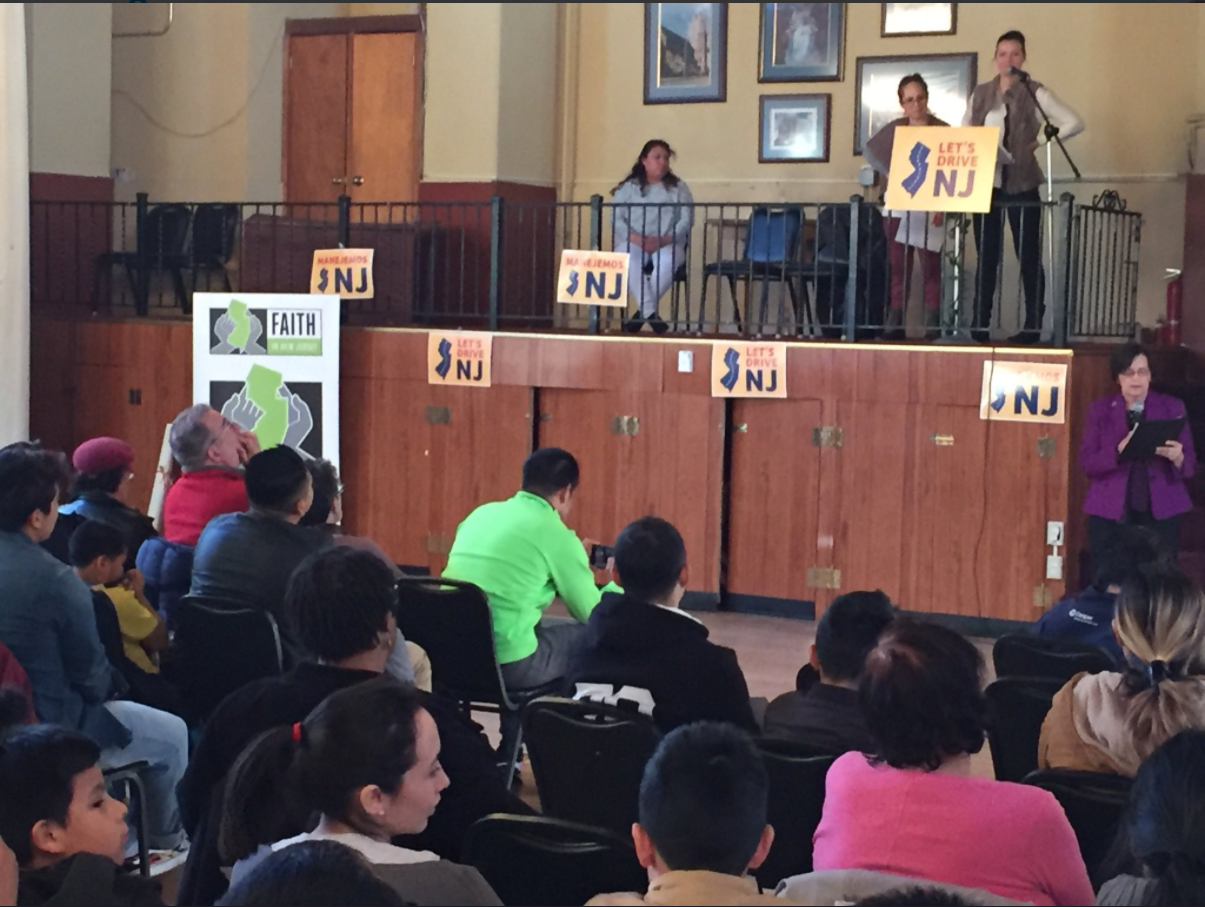 Along with public safety, expansion of access to driver’s licenses will boost New Jersey’s economy through collection of fees and insurance payments, and support the well-being of communities by decreasing the risk of family separation. Over half a million New Jersey residents will benefit from the expansion, many of who are senior citizens, undocumented immigrants, survivors of violence, college students, and others who are likely to have difficulty fulfilling the requirements.

“We need driver’s licenses to live our daily lives like taking our children to school or doctors appointments. Too often we are not able to support our family members or stay connected to our community because we are limited by not having a driver’s license. Everyone needs to be able to drive in New Jersey, “said Sonia Estrada, Community Leader, Faith in New Jersey.

“The private prison industrial complex has destroyed African American communities in order to make record profits. Now, the same strategies are being used to target immigrant communities. Without a license, an individual stopped for a traffic violation, is punished and then turned over to Immigration and Customs Enforcement (ICE) to join 2.3 million undocumented in private detention centers,” said Archange Antoine, Executive Director of Faith in New Jersey. “Our legislators must hear us loud and clear: we want expanded access to driver’s licenses to become a reality this year. We’ve learned a long time ago that justice delayed is justice denied.”

“Having a driver’s license would protects our families from being criminalized and exploited by this unjust immigration system. Faith leaders in this region see the pain and fear our families carry everyday,” said Reverend Heyward Wiggins, Pastor of Camden Bible Tabernacle Church. “My faith teaches me to stand with our most vulnerable sisters and brothers, and to demand our government pass fair and just policies that protect them.”

New Jersey has over 53,000 young immigrants who are eligible for the Deferred Action for Childhood Arrivals (DACA) program, often referred to as “Dreamers.” Dreamers in particular stand to benefit from expanded access to driver’s licenses. DACA recipients and Temporary Protected Status (TPS) holders have been targeted by the Trump administration. “Young immigrants are about to lose their dreams. The reality is that if DACA ends, we will lose our driver’s licenses along with it. We need to drive in order to support our families without fear of deportation,” said Sonia Reyes, DACA recipient & Community Leader at Faith in New Jersey. 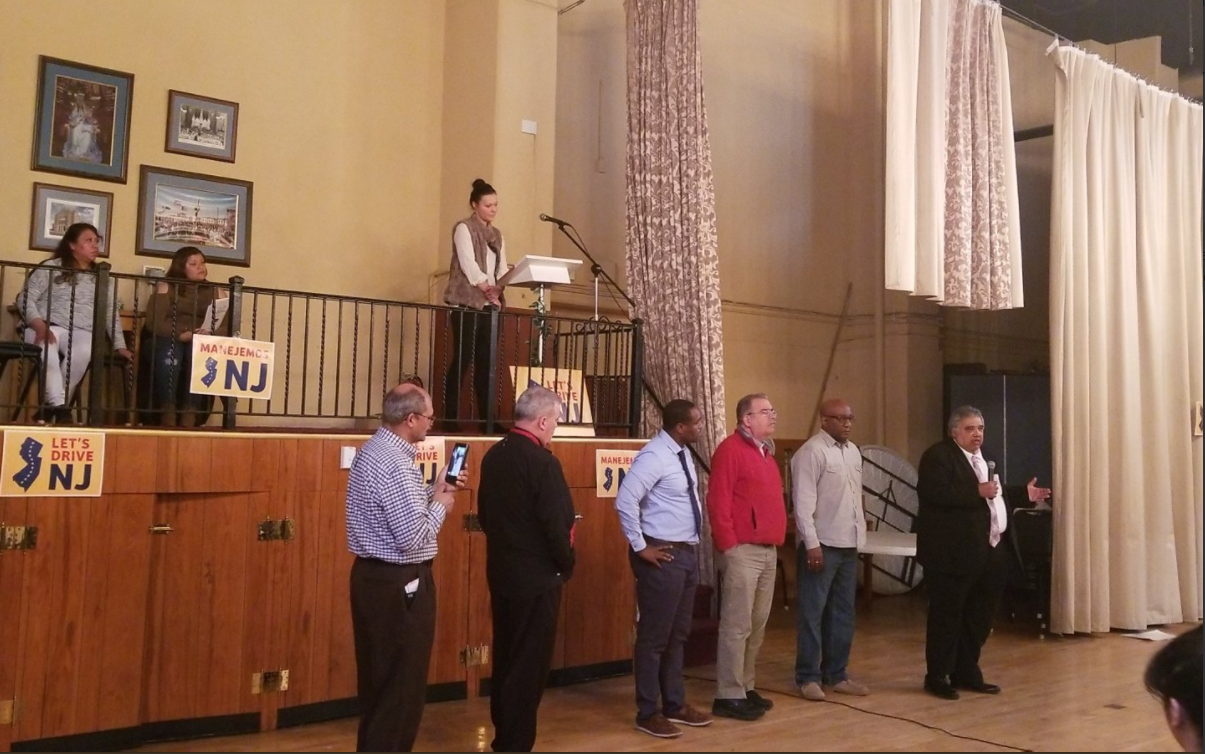 Assemblywoman Annette Quijano showed her strong support with the following statement, “I met with the Governor’s Chief of Staff a few weeks ago and he told me that this is indeed a priority of the Governor. So, we are close. Very close. But it won’t be an easy vote for a lot of legislators and that’s why we need you to call your elected officials and tell them that you need them to support this bill. We will see the product of our years of persistence in the coming months and it will be a life changer for all New Jerseyans. Let’s drive NJ!”

New Jersey would become the 13th state to expand access to driver’s licenses in the U.S., following states like California, Utah, Washington, and the District of Columbia which have successfully implemented similar expansions. In January, Assemblywoman Annette Quijano re-introduced the  New Jersey Safe and Responsible Driver Act (A1738). The legislation would create a new state-purpose driver’s license for qualified drivers but it would not be used for federal purposes such as flying or public benefits. Governor Phil Murphy has expressed support for this legislation..