Over 15,000 Petition Signatures in Support of Legislation to Expand Access to Drivers Licenses Delivered to Assembly Speaker Coughlin’s In-District Office

Impacted community members and supporters held a rally outside the office calling on the Speaker to post bill A4743 to expand access to driver’s licenses for a vote.

Woodbridge - On Thursday, February 28th, impacted residents who cannot get access to a driver’s licenses in New Jersey, joined by supporters delivered more than 15,000 petition signatures in support of expanding access to drivers licenses to all residents regardless of status at Assembly Speaker Craig Coughlin’s in-district office in Woodbridge.

New data released today by New Jersey Policy Perspective finds the economic security of New Jersey’s low-income families is significantly impacted by access to a driver’s license. Specifically, expanding access to driver’s licenses this year could help more than 719,000 NJ residents who make less than $25,000 a year, the re-entry population, and undocumented immigrants. Further, the data shows,  boost the state’s economy to 9 million for the first three years a much-needed revenue increase for the state’s budget.

Erika Nava, Policy Analyst, New Jersey Policy Perspective said,
"Driver's license expansion is not a new idea and has been proven effective across the nation. Similar laws exist in 12 states — from deep blue California to dark red Utah — and the data shows that their roads are safer as a result, as more drivers are trained, tested, and insured. In New Jersey, 647,000 people would gain the right to legally drive under the proposed bill and NJPP estimates upwards of 300,000 residents would get licensed within three years. Expanding access to driver's licenses is not only the right thing to do for our immigrant neighbors, but it's also a smart policy decision that will benefit everyone in the state."

Data show the majority of 2019 likely voters, across party lines, favor legislation that would expand access to drivers licenses to undocumented immigrants with 54% in favor and only 29% opposing.

This is following support from New Jersey mayors and over 150 small businesses who agree that expanding access to drivers licenses will not only benefit their local economies but also bring much need revenue to the state via license and registration fees. Access to a standard driver’s licenses will also protect immigrant families from the risk of detention and deportations. It is estimated more than 719,000  residents will benefit from the expansion.

“Access to licenses is critically important to Latino working families that need them to drive to go to work and pick up their kids up from school. Our community has been waiting too long for this. We urge Assembly Speaker Coughlin to act quickly.”

“As a DACA recipient I face uncertainty about my future every day, and that includes whether I will be able to have a driver’s license if DACA ends.  I’ve lived in New Jersey with my family for as long as I can remember. I drive to college every day, to my job and to help my younger siblings, who were born here, get to after-school activities. I’m the only person in my family with a license. If I lose my status, my family will have no one to drive us in bad weather, to the doctor and to school. I urge Speaker Coughlin to take immediate action to bring the drivers license bill for a vote. My family can’t wait.”

Andrea Lopez, Member of Wind of the Spirit said,

“I want to do things the right way. I don’t want to continue living in fear of the men and women meant to protect our communities. My daughter is traumatized since the time we were stopped and the police made me get out of the car. We were lucky that time. I only had to pay a fine, but nothing guarantees that we will be next time. Some people who are stopped end up deported or detained.”

“This legislation will allow NJ workers and their families to continue going about their daily routines without disruption. We cannot strand a strong component of New Jersey’s workforce and make it impossible for them to contribute. Not only would it be a moral stain on our state, but the impact would be felt across all families in New Jersey. This is an urgent issue that I hope will become a priority to lawmakers in the state.”

“New Jerseyans need a basic license that is available to all safe, insured drivers, and that protects our privacy. Every day that passes without a commonsense solution for people who need driver’s licenses and IDs, more families are put at risk.”

Residents who are most impacted include undocumented immigrants, survivors of violence, formerly incarcerated, transgender and gender nonconforming, homeless and low-income individuals, and immigrants with insecure status such as DACA recipients and TPS holders.

The broad support for the effort is expected to continue building with legislation introduced in November, A4743/S3229, that will create a  license with stringent requirements for federal REAL ID purposes, and expand access to standard drivers licenses to more residents which could for driving and identification purposes.

Twelve states and Washington, D.C. have expanded access to driver’s licenses to qualified drivers, regardless of immigration status, with similar measures.

New Jersey could become the 13th state to expand access to driver’s licenses in the U.S., following states like California, Utah, Washington, and the District of Columbia which have successfully implemented similar expansions. More information about the campaign can be found at www.LetsDriveNJ.org 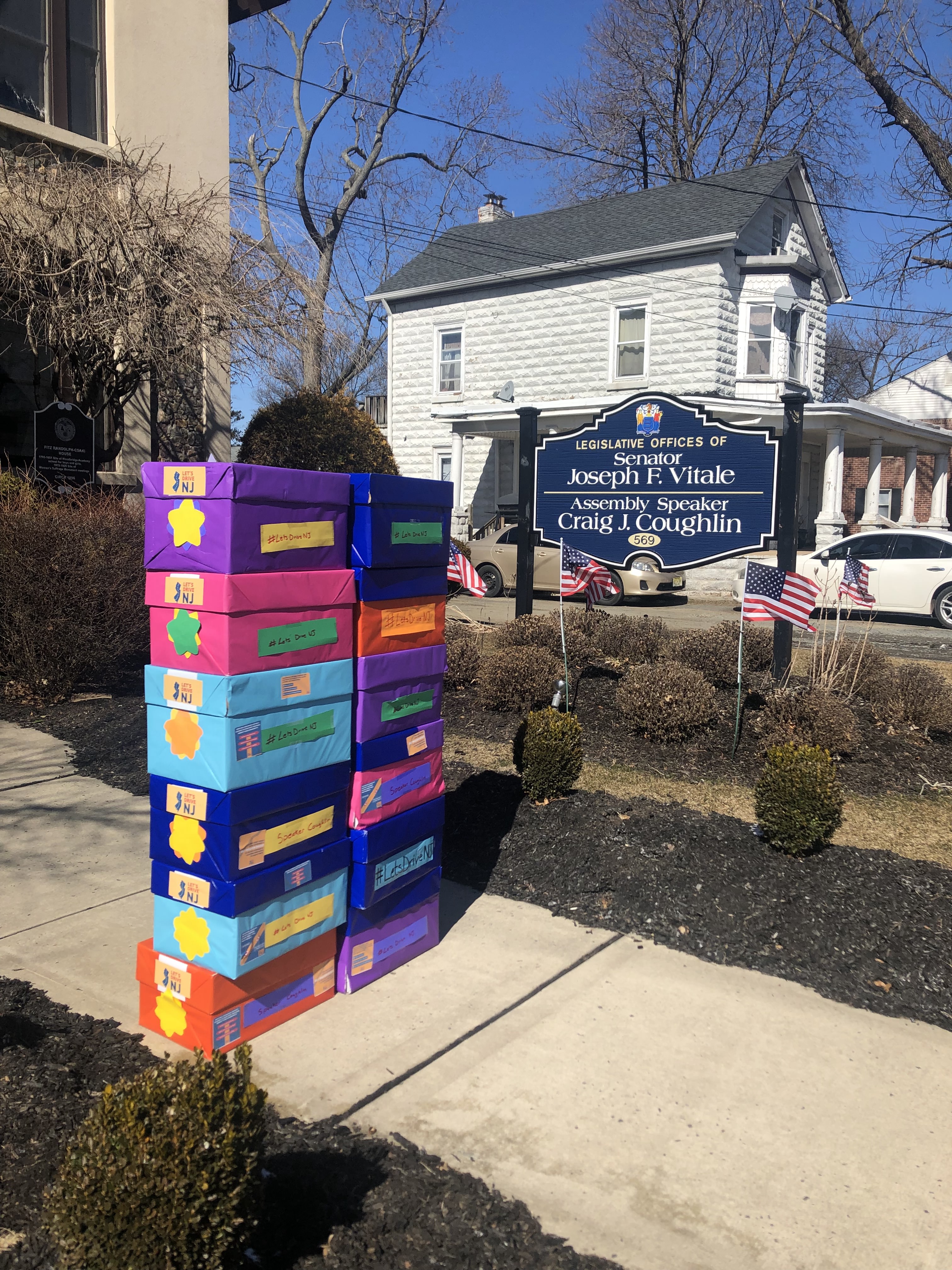 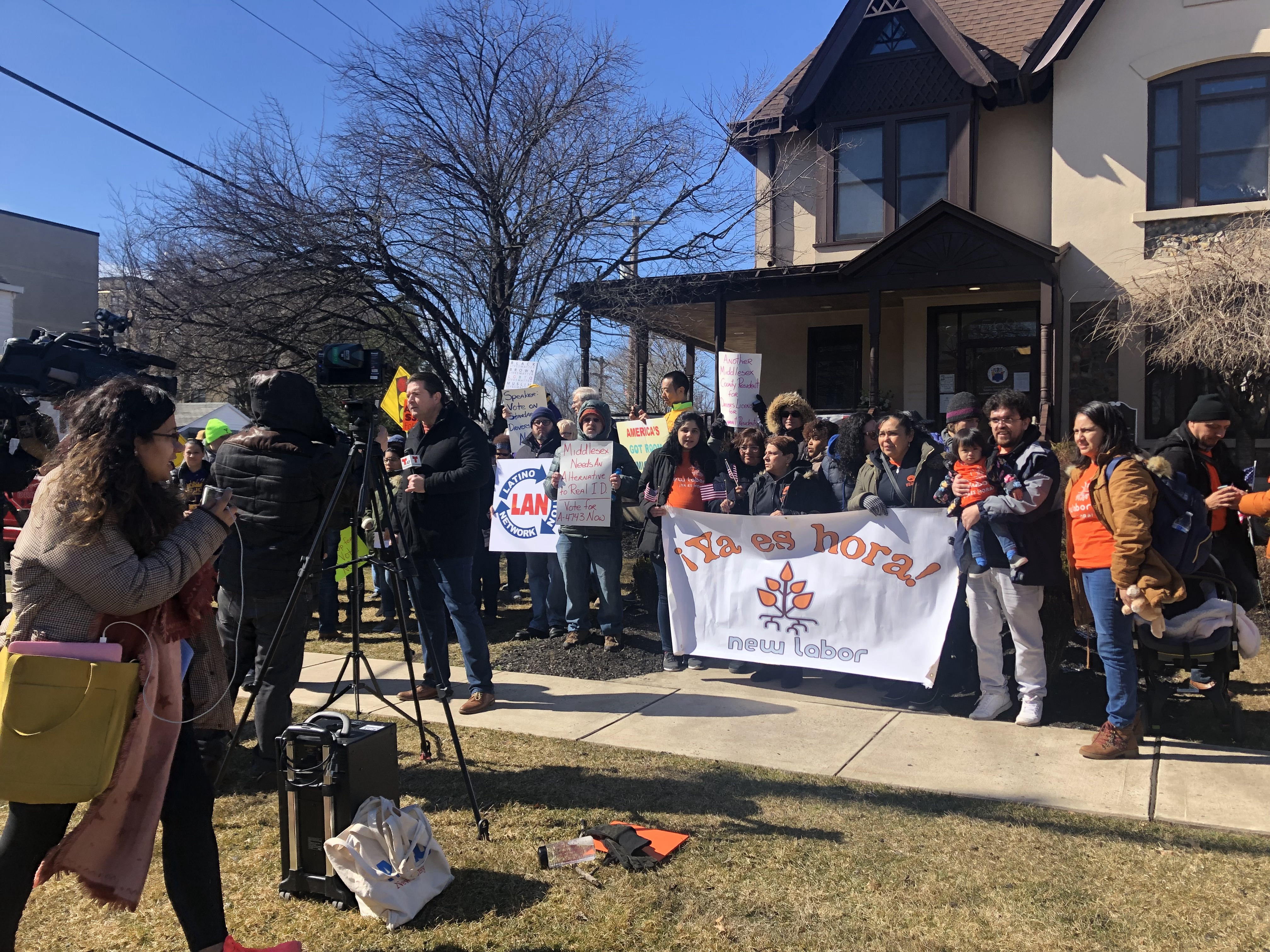 Catholic Charities of the Archdiocese of Newark

Community of Friends in Action

Kids in Need of Defense (KIND)

Not in Our Town Princeton (NiOT)

Partners for Women and Justice

The Social Responsibilities Council of the Unitarian Society of Ridgewood

Wind of the Spirit