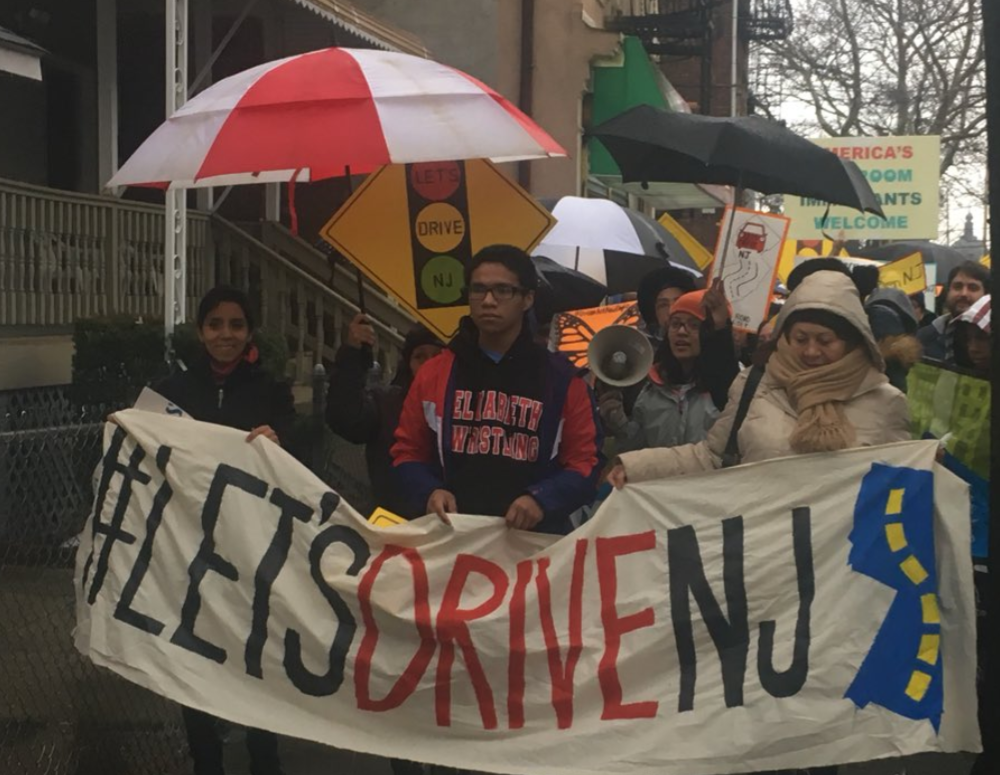 Passaic Residents Rally for Expansion of Access to Driver's Licenses


Passaic, NJ– On Sunday February 11th, nearly one hundred local residents were joined by community leaders and elected officials, including Senator Nellie Pou, representatives from Assemblyman Gary Schaer’s office and Passaic County Freeholder John Bartlett, to rally for the expansion of access to driver’s licenses to qualified New Jersey residents. During the rally, speakers addressed the statewide benefits of expanding access to driver’s licenses and shared personal stories about the need to access a driver’s licenses in the Garden State. 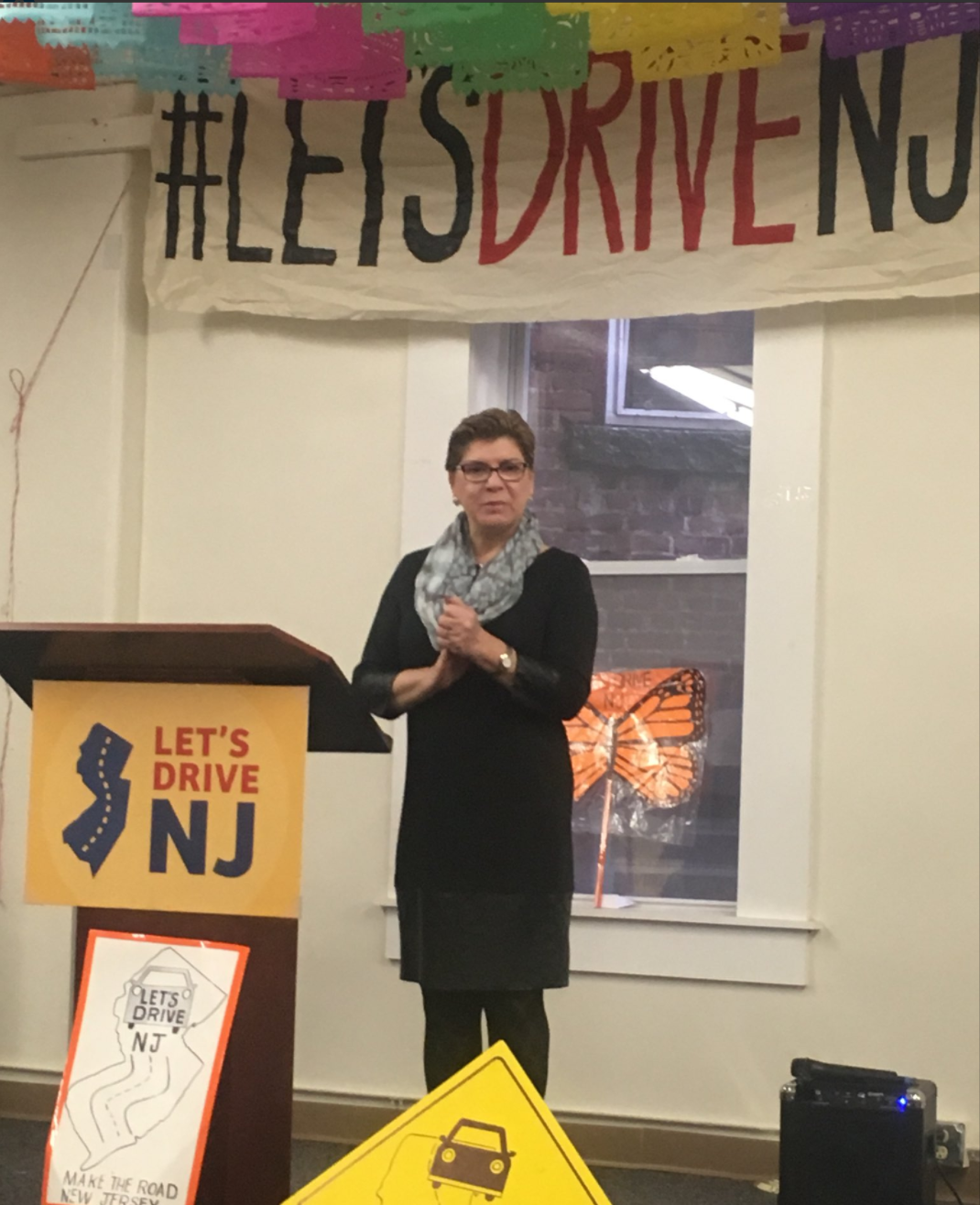 “Expanding access to driver’s licenses will only improve road safety in our state. Truthfully, this is more a matter of public safety than it is an immigration issue. Allowing immigrants to have licenses will mean they will be able to properly register their vehicles and obtain insurance. This will ensure they understand the rules of the road, thereby making our roads safer for everyone, and it will provide a form of identification,” stated Senator Pou, Chair of the Senate Commerce Committee, Vice-Chair of Senate Higher Education Committee, and Chair of the Hispanic Caucus.

Along with public safety, expansion of access to drivers licenses will boost New Jersey’s economy through collection of fees and insurance payments, and support the well-being of communities by decreasing the risk of family separation. Over half a million New Jersey residents will benefit from the expansion, many of who are senior citizens, undocumented immigrants, survivors of violence, college students, and others who are likely to have difficulty fulfilling the requirements.

After the rally, the group marched through the rain in the local streets of Passaic with colorful signs and banners chanting “What do we want? LICENSES! “When do we want them!?” “NOW!”” and chants in Spanish including “Manejamos sin miedo!” 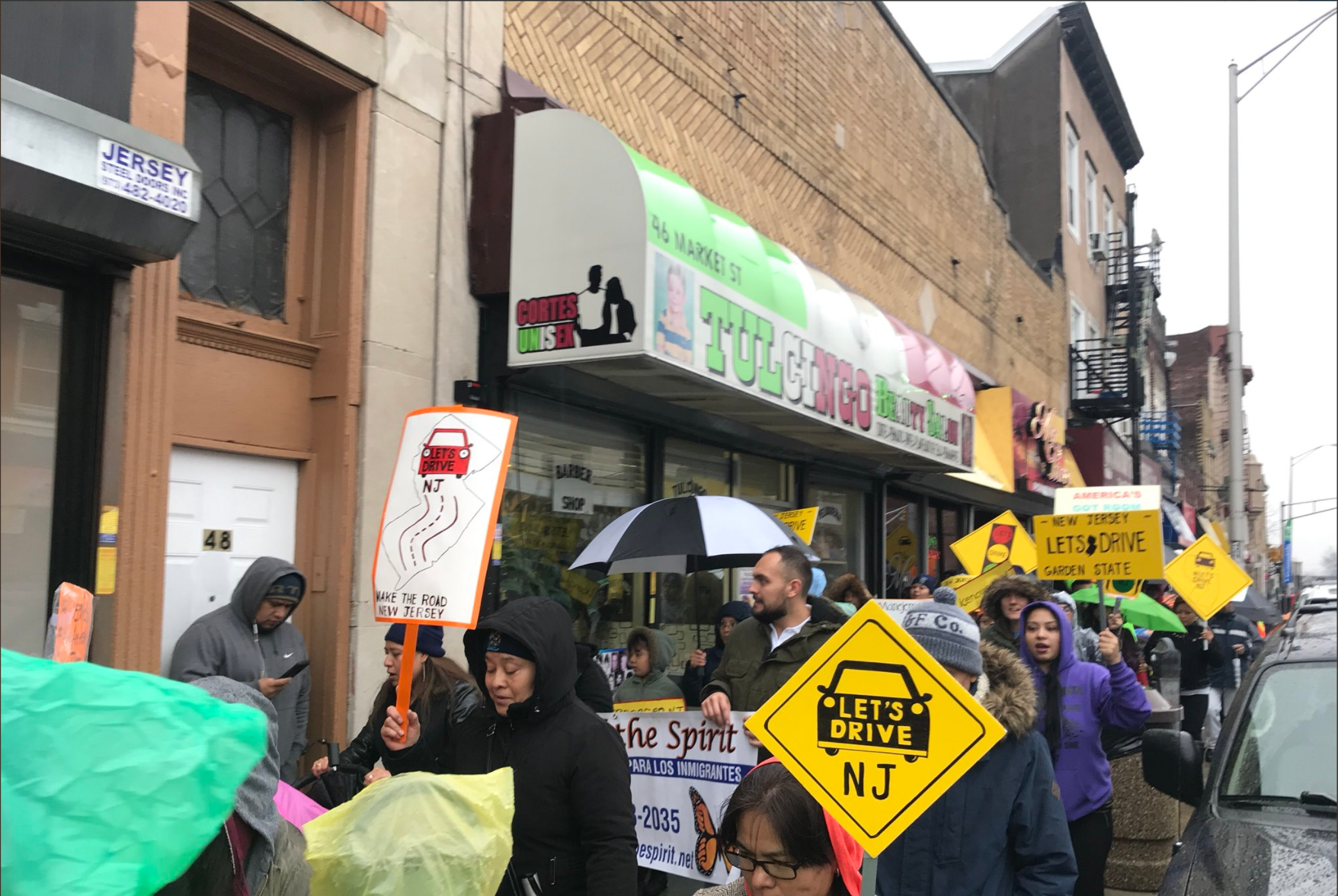 New Jersey has over 22,000 young immigrants who have benefited from the Deferred Action for Childhood Arrivals (DACA) program, often referred to as “Dreamers”. Dreamers in particular stand to benefit from expanded access to driver’s licenses. DACA recipients have been targeted by the Trump administration, which ended the program that will be completely phased out by March 5th, 2018. “When DACA was implemented, I was finally able to apply for a driver’s license. I use my license every day - as identification, to pick up my kids from school and take them to doctors’ appointments and to drive to class. But now that DACA has been taken away,  I’m counting down the days until I lose my DACA - and with it - my driver’s license. New Jersey must stand up to protect DACA recipients and immigrants and the hundreds of thousands of qualified drivers who cannot obtain a New Jersey license,” said Ana Sanchez, member of Make the Road New Jersey and a DACA Recipient.

Last month, Assemblywoman Annette Quijano re-introduced the  New Jersey Safe and Responsible Driver Act (A1738).The legislation would create a new state-purpose driver’s license for qualified drivers who otherwise cannot meet the documentation requirements. The legislation is expected to have support from Governor Phil Murphy. New Jersey would become the 13th state to expand access to driver’s licenses in the U.S., following states like California, Utah, Washington, and the District of Columbia which have successfully implemented similar expansions. The license being proposed by the Safe and Responsible Driver Act will allow residents to have a special driver’s license for the state-purposes only, and could not be used for federal purposes such as flying or public benefits.