National Association for the Advancement of Colored People (NAACP) New Jersey State Conference is proud to join the Let’s Drive NJ campaign to call for the expansion of access to driver’s licenses to more residents. Currently, thousands of New Jersey residents cannot get driver’s licenses as an outcome of the racial disparities faced by African American and people of color in this state. In order to improve mobility for these residents, the NAACP calls on New Jersey lawmakers to change outdated policies that limit people’s ability to access a driver’s license.

The New Jersey State Conference’s vision for a just society requires that everyone live free of discrimination based on race. However, currently too many residents, especially African American residents, are facing barriers to accessing a driver’s license because of unattainable requirements. In New Jersey, where driving is a necessity, equal access to mobility is needed to have the opportunities to prosper because access to transportation plays a vital role in the attainment of employment, caring for family, and access to resources.

These barriers for African Americans are an outcome of New Jersey’s stark racial disparities in arrests and incarceration rates where African Americans are criminalized at higher rates than the general population. Specifically, 12 times higher rates than the white population. Due to issues with access and barriers when renewing documentation, reentry into society after incarceration is made even more difficult without a driver’s license. After a person is released from prison, many individuals do not have the required documentation needed to renew their expired driver’s license. Additionally, Motor Vehicle Commission (MVC) does not accept County Issued Jail ID or Department of Corrections ID cards as proof of identity.  For years, we have called on the state of New Jersey to fix this matter because of its impact on African Americans and people of color. Today we are proud to stand with the Let’s Drive NJ campaign to renew this call for all marginalized communities in New Jersey. 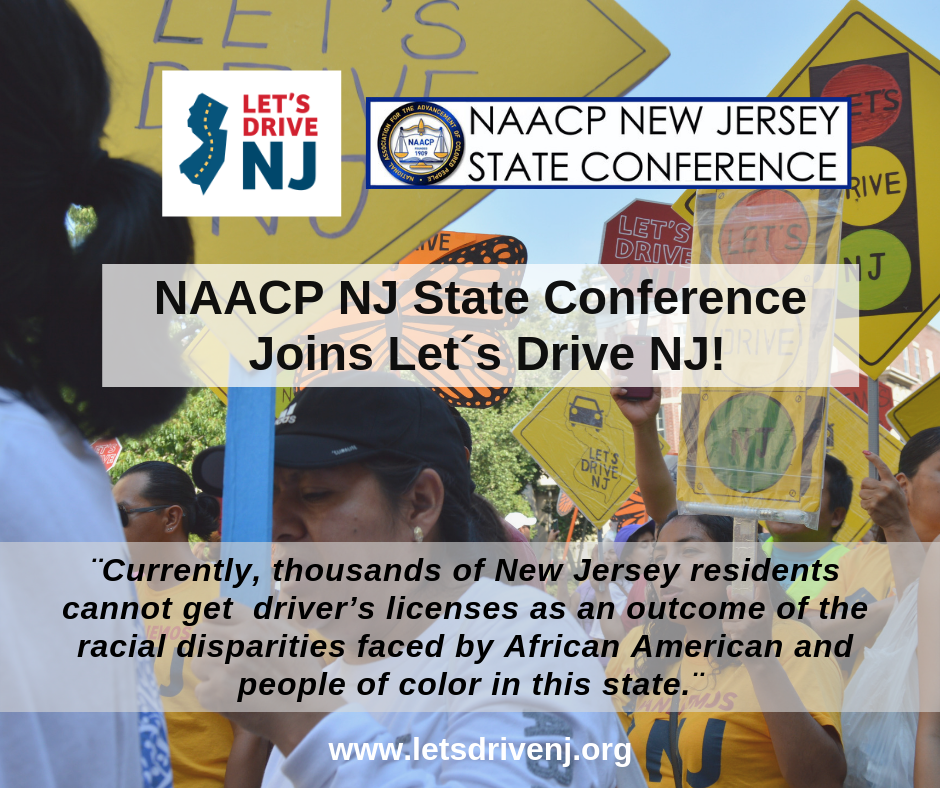