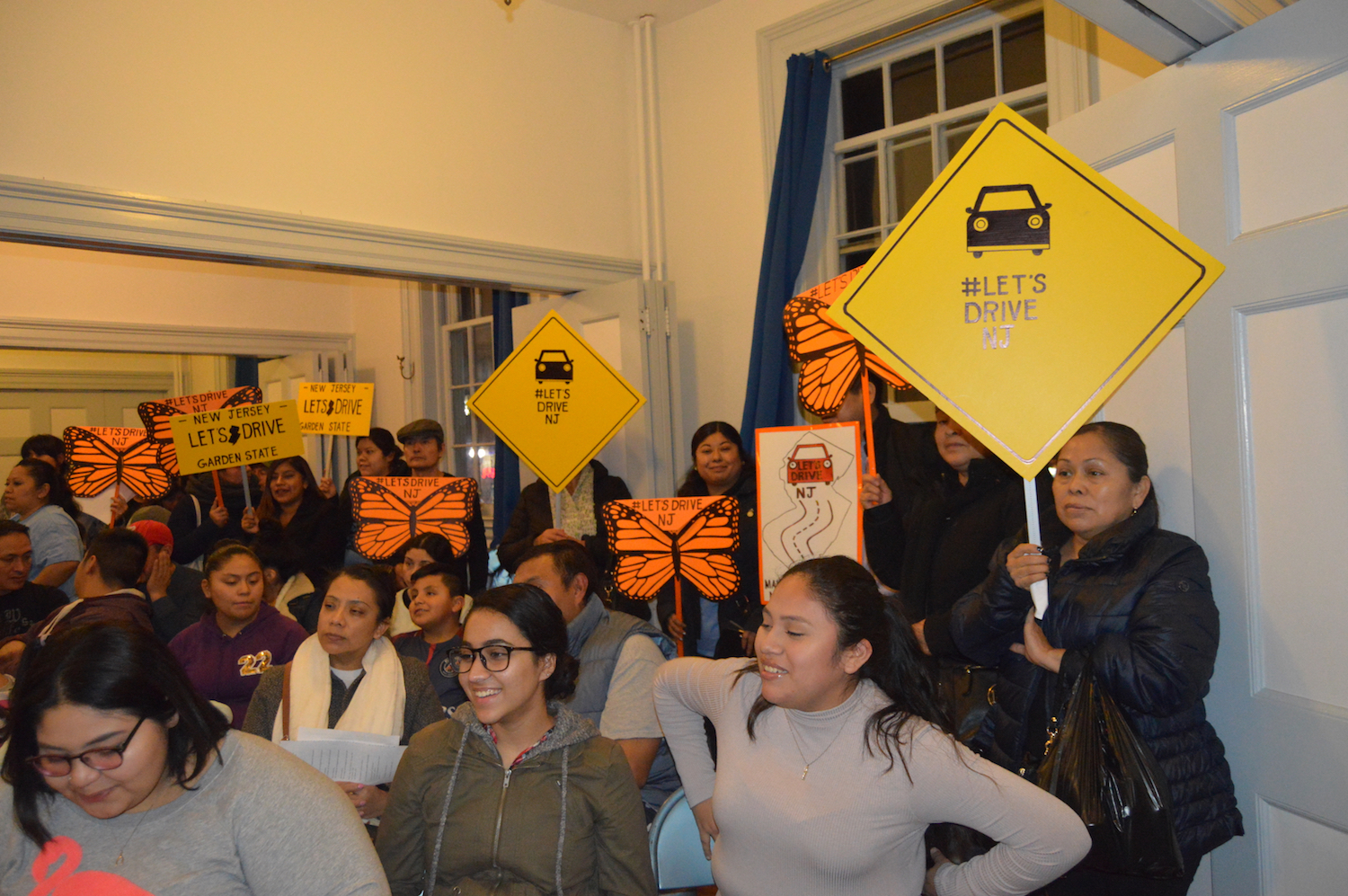 Community and faith leaders were joined by elected officials, community leaders, and local residents to announce the “Let’s Drive NJ” campaign to expand access to driver’s licenses to qualified New Jersey drivers through reintroduction of New Jersey Safe and Responsible Driver Act (A1738). 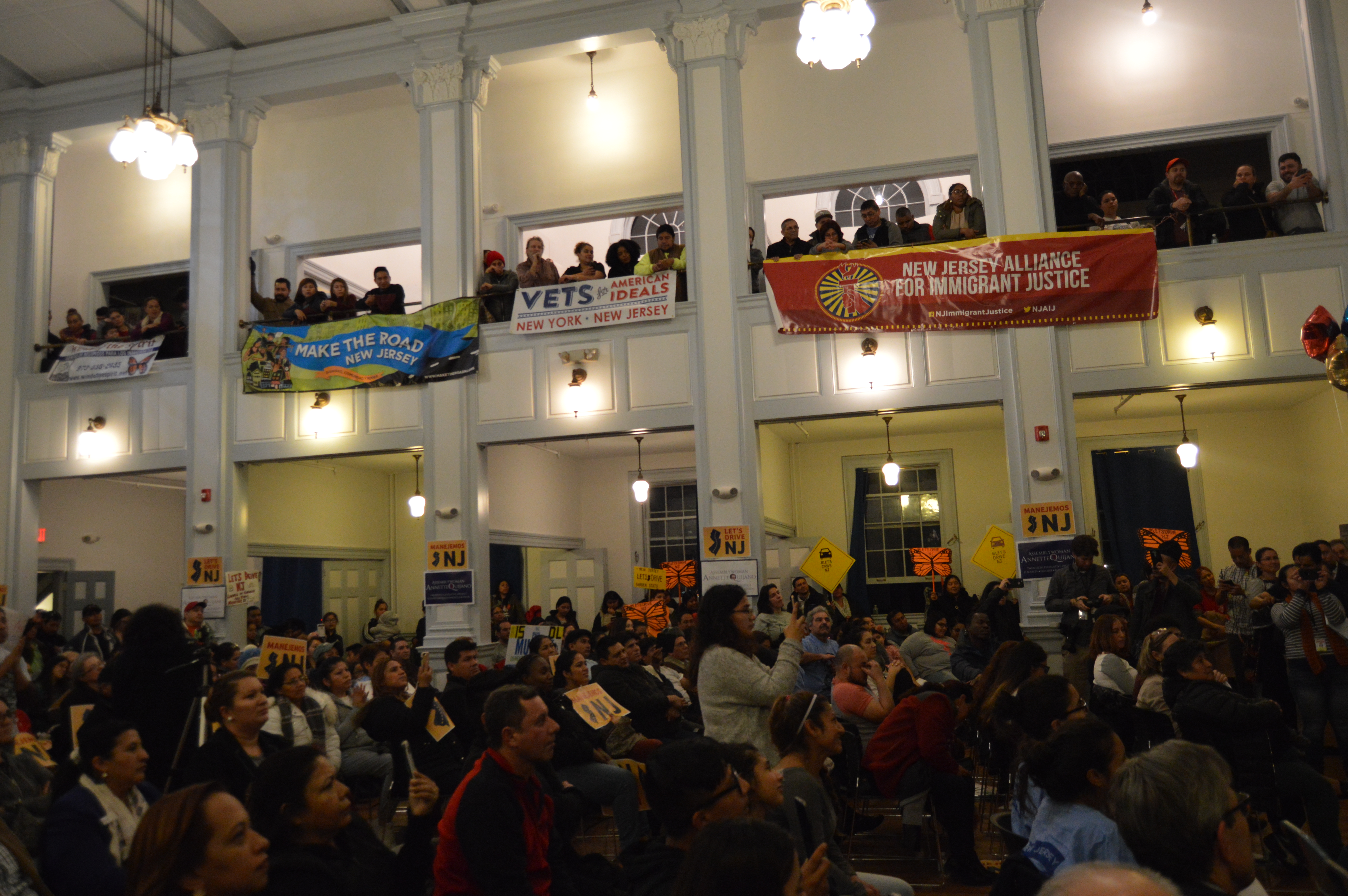 Hundredsof immigrant advocates, state and local elected officials, local residents, and faith and business leaders gathered in Elizabeth on Thursday night to launch the Let’s Drive NJ campaign. The campaign is calling on state and local lawmakers to expand access to driver’s licenses to qualified New Jersey residents through the passage of the New Jersey Safe and Responsible Driver Act (A1738). The legislation would create a new state-purpose driver’s license for qualified drivers who otherwise cannot meet the documentation requirements.

“The Safe and Responsible Driver Act will improve road and public safety for the state of New Jersey by insuring all drivers are tested, trained and held accountable for their driving records. The outdated restrictions of the current system not only impede public safety – but they are overly burdensome on senior citizens, undocumented residents, survivors of violence, transgender individuals, and college students; mostly as we begin the process of implementing New Jersey’s REAL ID driver’s license in compliance with the federal law,” stated Assemblywoman Annette Quijano, Chair of the Assembly Judiciary Committee, former Chair of Assembly Homeland Security and State Preparedness Committee, and prime sponsor of the legislation. The legislation is in the New Jersey legislature with expected support from Governor-elect Phil Murphy. 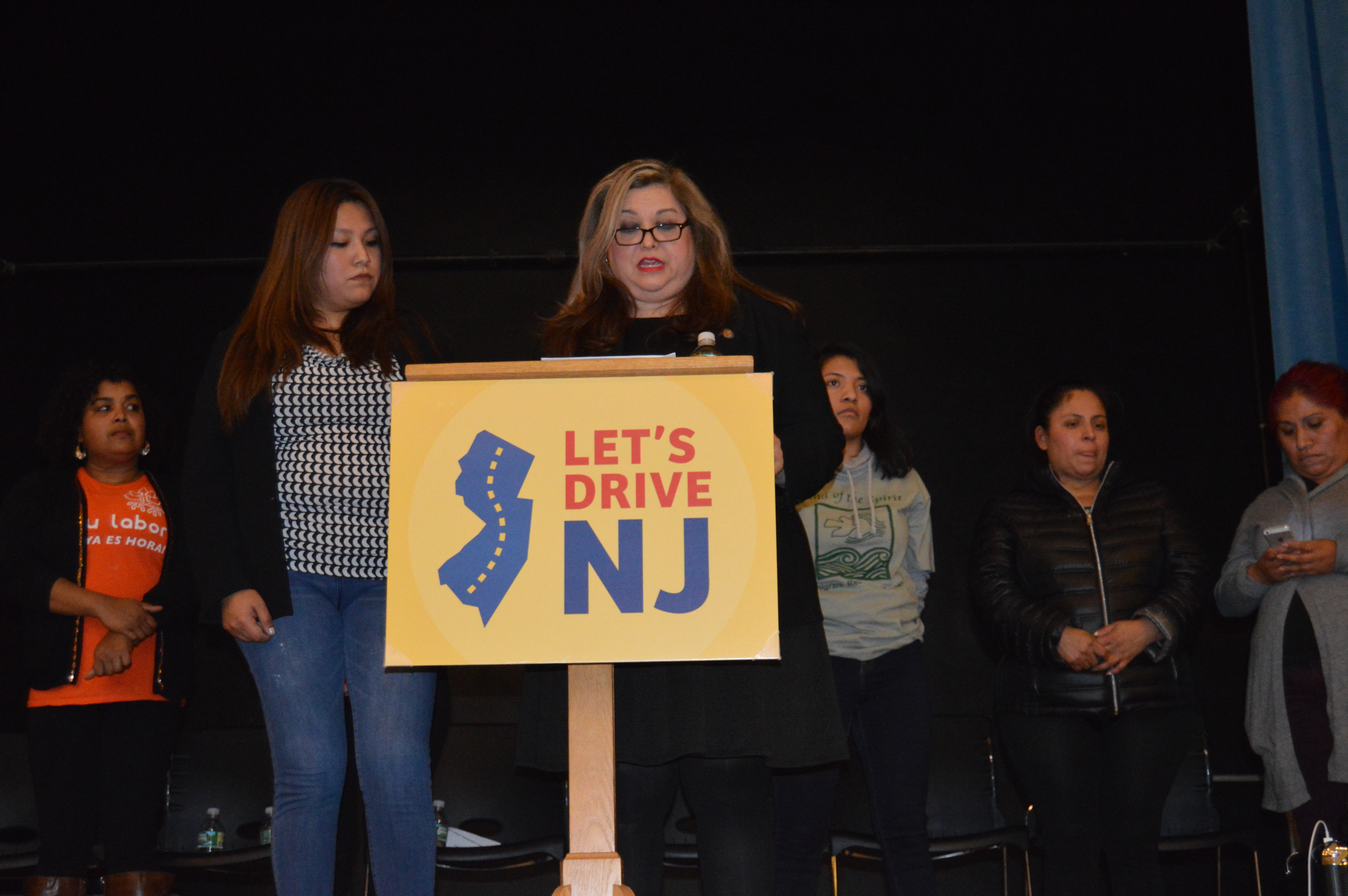 Along with public safety, expansion of access will boost New Jersey’s economy through collection of fees and insurance payments, and support the well-being of communities by decreasing the risk of family separation. Over half a million New Jersey Residents will benefit from the expansion, many of who are senior citizens, undocumented, victims of violence, college students, and others who are likely to have difficulty fulfilling the requirements. "We cannot treat undocumented members of our communities as second-class citizens. Limiting their transportation options does just that. Undocumented residents, like senior citizens, victims of violence and all New Jerseyans need to drive to doctors appointments, run errands, and take their children to schools. Allowing them to take driving tests and pay for car insurance strengthens our local economy and makes the roads safer for everyone," said Kevin Brown, NJ State Director and Vice President of 32BJ SEIU.

New Jersey’s 22,000 Deferred Action for Childhood Arrivals (DACA) recipients, often referred to as “Dreamers,” stand to benefit from expanded access to driver’s licenses. DACA recipients have been targeted by the Trump administration, which ended the program that will be completely phased out by March 5th, 2018. “DACA allowed me to have a driver’s license and opened a range of opportunities for me. I am able to drive to my university, drive to work, and most importantly drive my siblings to school in the morning especially now in our severe weather,” said Reineiro Amaya, Make the Road New Jersey Youth Leader and DACA Recipient. 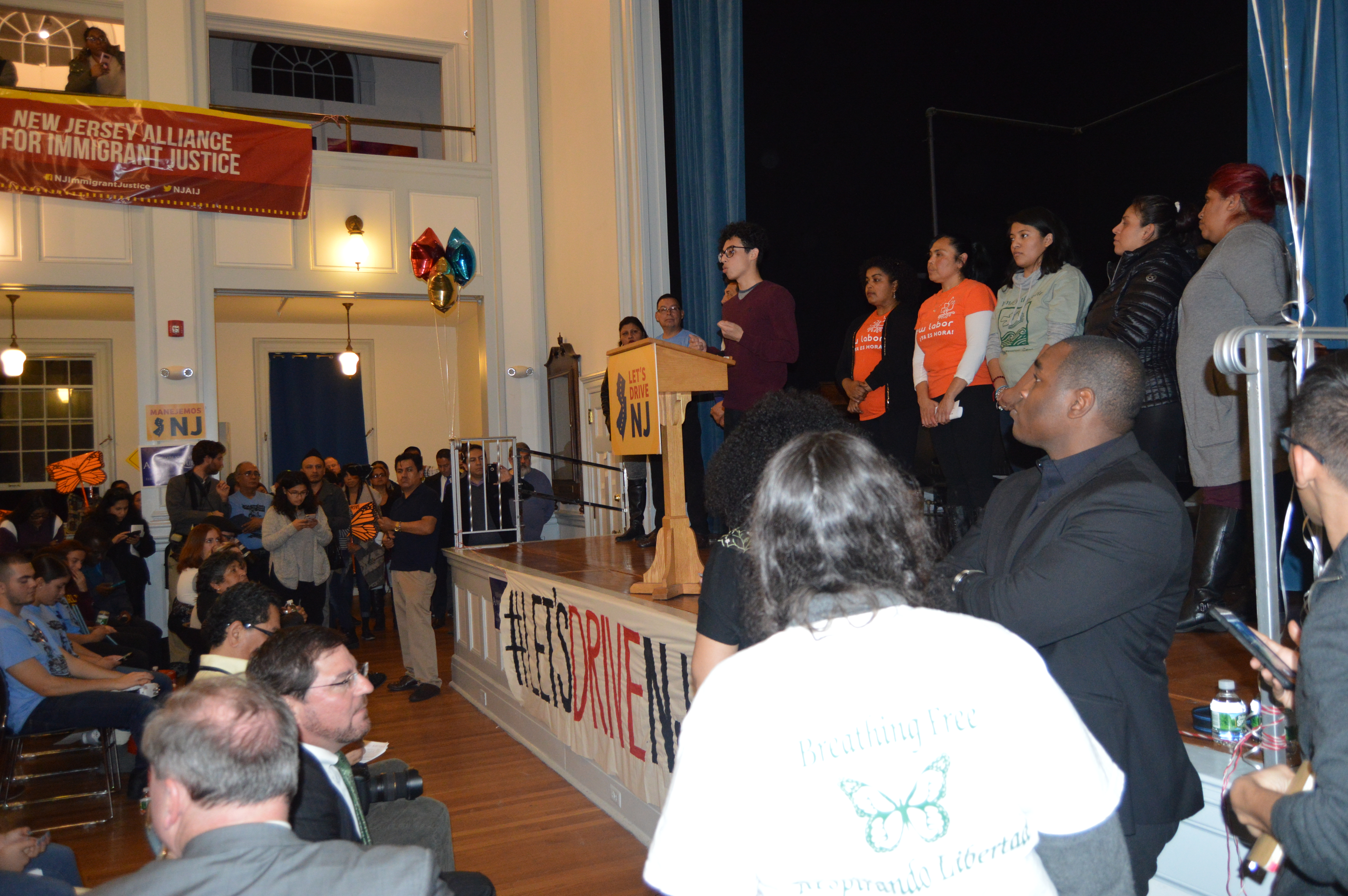 According to the the newly released report by New Jersey Policy Perspective, about 466,000 New Jersey undocumented immigrants are of driving age and would be eligible for a license. Based on the experience of other states, NJPP estimates that half these eligible New Jerseyans – 233,000 in all – would receive a license within the first three years of implementation, a 3.8 percent increase in the total number of licensed drivers in the state.

Faith, community, and business leaders also joined in to support the Let’s Drive NJ campaign, calling on New Jerseyans policymakers to expand access to licenses as a moral duty to our neighbors. A larger pool of licensed and insured motorists could help lower costs to car insurance providers and allow for reduced car insurance premiums for drivers across the state. “ICC is proud to be a part of the Let’s Drive NJ Campaign because it will make our neighborhood safer and improve quality of life in our community,” said Joseph Della Fave, Director of the Ironbound Community Corporation.

Veterans for American Ideals-NY/NJ also voiced their support for the expansion of access to driver’s licenses in New Jersey. “Access to a driver’s license can meaningfully impact one’s quality of life. Opportunities for employment, participation in commerce, engagement in civil society, and even dimensions of family health and wellness can all be constrained by whether one has access to a driver’s license. The New Jersey Safe and Responsible Driver Act will provide some of the most vulnerable among us with ways to ensure New Jersey meets its standards of due diligence when issuing driver’s licenses. The legislation’s revised system will expand access to driver’s licenses, facilitating our neighbors’ productive integration into the fabric of our economy and society,” said Dr. Troy Mack, co-chair of Veterans for American Ideals-NY/NJ.

New Jersey would become the 13th state to expand access to driver’s licenses in the U.S., following states like California, Utah, Washington, and District of Columbia which have successfully implemented similar expansions. The license being proposed by the Safe and Responsible Driver Act will allow residents to have a special license for the state purpose of driving only, and cannot be used for federal purposes such as flying or public benefits. 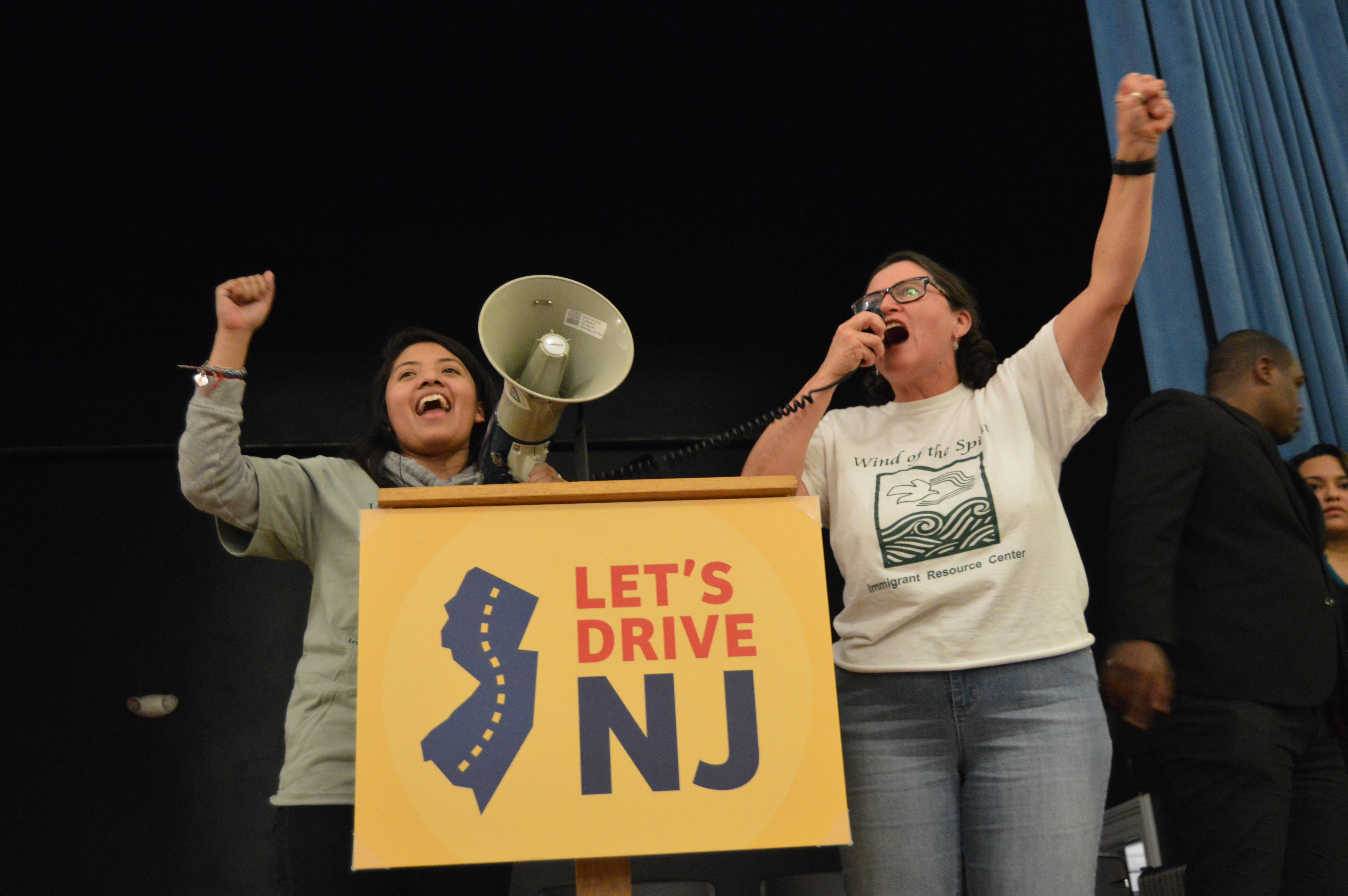